Progress, Not Perfection: Pastor Jonathan Everett talks about being called to community service

Home/Community/Progress, Not Perfection: Pastor Jonathan Everett talks about being called to community service
Previous Next

Progress, Not Perfection: Pastor Jonathan Everett talks about being called to community service

Pastor Jonathan Everett has been a generous partner to Care Eleven Health in addition to being a standout community leader in the 7th Ward. His church, Rock of Ages Baptist Church, has casted a phenomenal ray of hope to surrounding neighbors and residents for their community service projects.

Recently, Pastor Everett partnered with Care Eleven Health to organize our annual community health block party. This particular event was especially extraordinary for our company as it also marked the opening of our new clinic at 1780 North Broad Street. Pastor Everett brought his team together to help us feed the community and make our formal introduction to our new neighborhood.

While preparing for the block party, we sat down with Pastor Everett to talk more about his role as a community leader, and both the burdens and rewards of community service.

Q: What brought you back to New Orleans?

A: I came back to New Orleans for a family emergency originally. But I also came back to the city of New Orleans because of the systems by which I grew up in, I was exposed in DC and Maryland to a greater value of the system – understood more values, understood how to redirect what we call culture, competencies that alienate who we are a people, but also keep us in these systematic systems, right? It prohibits us from becoming our best selves. So a vast majority of – it wasn’t just a family emergency. It was to come back and shift the system by which I grew up in so other kids could make it out a little bit easier.

Q: What have been the biggest challenges you’ve faced in your community work?

A: The biggest challenge I’ve faced is to receive the reception from the people you’re attempting to help, right? We’ve been able to get everybody onboard … there was one quote – I’m not sure who the guy is – but it wasn’t even a quote. It was a part of his speech. He said, if you wanna get people to go forward, to get people to get to a general consensus of what tomorrow look like – it’s beautiful, it’s kind, it’s nice, but until the people’s willing to decide what they’re willing to leave behind to ascertain what tomorrow provides, it will never get done. And so my greatest challenge in community work is really getting people to be receptive – right? – of a futuristic reality or a better tomorrow or a better system by which they can provide. And so it’s a lot of trust – that’s my biggest issue. 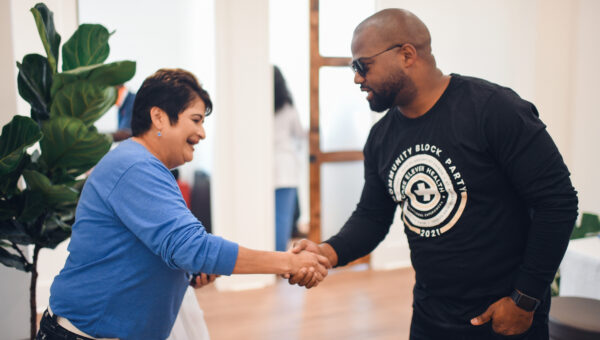 Q: When the going gets tough, what keeps you going?

Q: What’s the most important thing that you’ve learned while doing community work?

A: The most important thing that I’ve learned is we haven’t made as much progress as we think we’ve made. It’s a misconception to normalize the distance in between where we started and where we are. As much as we want to believe that there’s a big gap in between the two, there’s not. I want to believe that there’s a twin span between the two, but unfortunately it’s just a canal. [laughs] Where we started was very dangerous and very deplorable, blase blase. But we’re not that far from it. Because even though we’ve changed all of the mechanics of what our world looks like, the exterior decoration by which we have put across our country, we still emotionally, psychologically, spiritually, intellectually, still behind the margin. We’re not that far ahead. We’re still using antiquated, stale systems to try to create a cutting edge, innovative reality. And there’s just, totally, no way in the world we can produce on that level by the systems or the curriculums by which we implement.

Q: Can you recall a singular moment where you felt like your work fell into place?

A: This is a tough question for me, because I am a very proactive person, and so one of the things that I often do is I exert every piece of my energy into planning and preparation, and by the time we get in the moment, I’m probably in next month. So mentally I’m in another time frame, physically I’m still in that portion. But I will say this – that the event we just did with Urgent Care Eleven and Entergy was that moment, right? It was, uh, a moment where I was able to stand in the middle of the street and say, “wow, this is what I’ve been trying to do for the last eight years.” We’ve been able to provide certain things to our community, but not as massive. But to see two powerhouse organizations partner with us as a church in the middle of the Seventh Ward, that was like, “oh, it’s here.” We vaccinated and given out food and given out gas cards at the same time and I just sat there and kinda like tried to soak in that moment. And even, that moment kinda spreaded throughout our community where weeks later I was getting community members saying thank y’all for even bringing that in the community. Not even if they got vaccinated or got a gas card. It’s the mere fact that we brought it in the community was eye opening for a lot of people. Yep, so that was the moment. 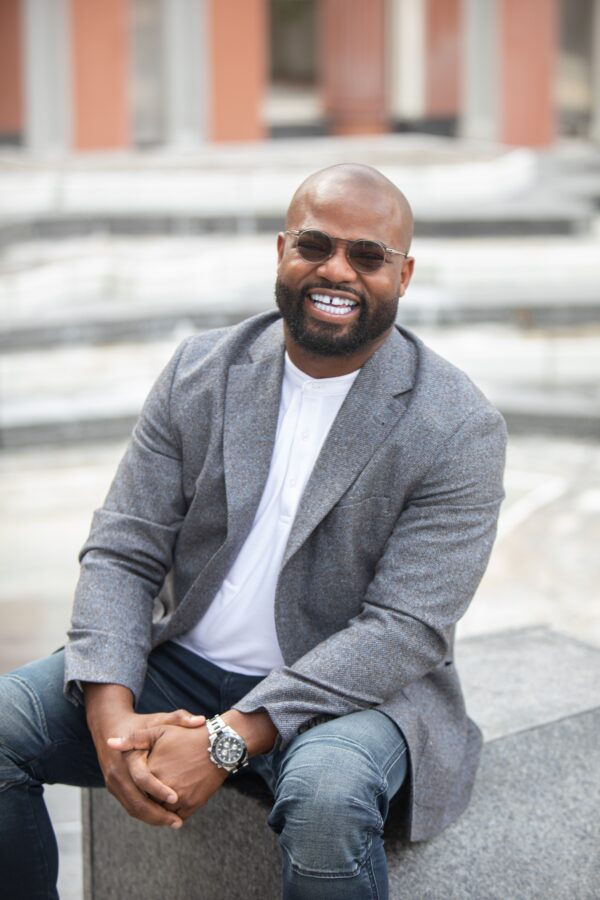 “Do your homework, discover that need, and discover if you’re qualified to meet that need …”

Q: What advice would you give people who want to become participants in their respective communities, but might not know where to start?

A: Um, I would advise every person who talking about community work, equitable community, any type of thing surrounding community, to do their homework first. Because if not, you’ll bump your head up against a wall and you can’t shake the headache, simply because you didn’t count the cost as to what it would be. And this is one of the things, to go back to your question, what was one of the pulls back to New Orleans – it’s because I seen, um, communities advancing without government assistance, I see community advancing without all of these different uh helps from people who try to control the customer, right? And so I said, if I go back to the city of New Orleans, I’m pretty sure that those same communities can start thriving. And the organizations within the community can build this wall of defense against people who try to come in and destroy the community. So, to every person who wanna do anything community-wise, I will say, do your homework, discover that need, and discover if you’re qualified to meet that need or even you want to attempt to meet that need. Those are serious rhetorical questions that every person must ask – is this need the need I’m called to? And everybody not called to every need that is in different communities. You have to discover what is that need. You know what I mean? Because if not, then you’re gonna run into some stuff and you’ll be like, nah, I’m good. [laughs] Make you change your career for a long time. It’s serious. It’s some serious stuff.

This holiday season, Pastor Jonathan Everett highly recommends lending support and sending donations to Heroes of New Orleans, a local non-profit that focuses on community improvement programs throughout the city.